CPA’s 144th Annual Convention will feature a wide-range of inspirational and informative experts from across Colorado and the nation. Speakers will help you improve reporting, community engagement, DEI, advertising sales, reader revenue, hiring and retention, mental health for journalists and more. The full slate of speakers will be announced closer to the convention. 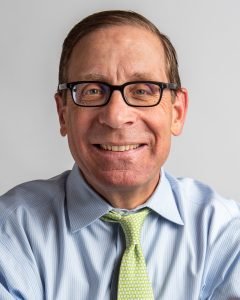 Evan Smith is the CEO and co-founder of The Texas Tribune, a pioneering nonprofit, nonpartisan digital news organization whose deep coverage of Texas politics and public policy can be found at its website, texastribune.org, in newspapers and on TV and radio stations across the state, and in the print and online editions of the Washington Post.

Evan is also the host of “Overheard with Evan Smith,” a weekly half-hour interview program that airs on PBS stations around the country.

Previously he spent nearly 18 years at Texas Monthly, including eight years as the magazine’s editor and a year as its president and editor in chief. 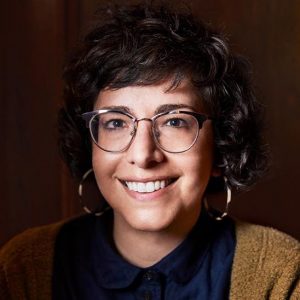 Jennifer Brandel is the CEO and Co-founder of Hearken.
She is an award-winning journalist, founder and organizer whose work spans journalism, civic engagement, democracy, and entrepreneurship.

Brandel began her career in journalism reporting for outlets including NPR, CBC, WBEZ, The New York Times and Vice. After launching the most successful experimental news series in WBEZ Chicago’s history, she founded Hearken in 2015, which helps institutions better listen and respond to their stakeholders.

In 2020 & 2022 she turned her attention to journalism’s role and relationship with democracy, launching the groundbreaking collaborative called Election SOS, and furthered the journalism systems change work through creating the Democracy SOS fellowship program.

Brandel is also co-founder of Zebra’s Unite, a global movement and network of entrepreneurs, funders, investors, and allies creating a more ethical, inclusive and collaborative ecosystem for mission-based startups. 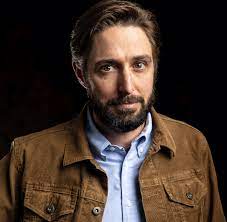 Philipps has specialized in writing about the military and veterans from the ground up, focusing on the individuals who wear the uniform and do the real work. Philipps worked at The Gazette in Colorado Springs for ten years as a reporter, photographer, restaurant critic and sometimes cartoonist.

A Colorado Springs native and current resident, Philipps graduated from Middlebury College in 2000 and got a master’s degree from the Columbia University Graduate School of Journalism in 2002. He won the Livingston Award for National Reporting and was a finalist for the Pulitzer Prize in Local Reporting in 2010 for what judges called “his painstaking stories on the spike in violence within a battered combat brigade returning to Fort Carson after bloody deployments to Iraq, leading to increased mental health care for soldiers.”

Philipps’ articles that were awarded the 2014 Pulitzer for National Reporting focused on soldiers who were returning from war injured, but were discharged of the Army for minor misconduct caused by their injuries, and given “other than honorable” discharges which prevented them from getting care for their war wounds.

For the Pulitzer for International reporting, Philipps was part of a team of reporters that revealed that U.S. military air strikes were causing far more civilian casualties than the military acknowledged, and secretive Special Operations troops had used rules intended to protect civilians to instead speed missile strikes and dodge oversight

Philipps also has covered the plight of wild horses in the West. His book “Wild Horse Country” delves into the history and myth of the mustang, their place in American culture, and the effort to find a sustainable place for them on public lands. Lee Ann Colacioppo is the editor of The Denver Post, a position she has held since 2016. She joined the editorial board in 2018 and in that role is a voting member of the board and frequently edits Denver Post editorials.

Her first job at The Post was in 1999 as an assistant city editor, and since then she has held several editing positions, including city editor, investigations editor and news director. She previously worked at The Des Moines Register, Greenville (S.C.) News and Kingsport (Tenn.) Times-News. She is a Denver native. Joaquin Alvarado the Founder of Studiotobe, a media and consulting firm dedicated to journalism, storytelling and community-based impact. He has been working with COLab on its business innovation efforts, including helping the Aurora Sentinel transition to community ownership. He also serves as chair of the board of Consumer Reports.

He also has been a strategic consultant for many leading media companies and nonprofits, including Univision, NBC News, the Ford Foundation and the Bill & Melinda Gates Foundation. In 2007 he launched CoCo Studios, an early VR media collaboration platform for fiber and mobile networks. Alvarado was the founding director of the Institute for Next Generation Internet, which launched in 2005 from San Francisco State University.  He holds a bachelor’s degree in Chicano studies from UC Berkeley and an MFA from the UCLA School of Theater, Film and Television.

A veteran of many nonprofit boards, he also serves on the boards of TechSoup Global, Cityside, and the James B. McClatchy Foundation. He is the co-author of the two-volume “Contemporary Chicana and Chicano Art” (Bilingual Press, 2002). 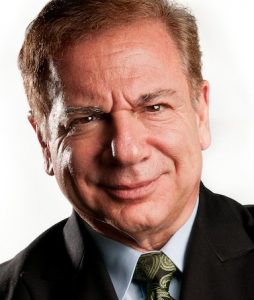 Mike Blinder is the Publisher of Editor & Publisher Magazine (E&P) and CEO (Chief Evangelist Officer) of its parent company, The Curated Experiences Group. E&P has served as the authoritative voice of the news publishing industry for over 140-years. He is also the author of “Survival Selling,” a popular (media-based) B2B (business-to-business) sales guide.

Mike has been in love with media his entire life. In high school, he worked part-time as an intern at WPEN radio in Philadelphia and at Radio Shack, where he sold the 1st generation of home computers.

While attending George Washington University, he held a full-time job as a DC Deejay, becoming a station manager within five years. From radio, Mike moved to TV and eventually print, starting one of the 1st digital newspapers in the United States where the Newspaper Association of America nominated him as a “Digital Pioneer.” Before taking over E&P Magazine, Mike spent 20 years as founding manager of one of the world’s most respected media consulting firms, The Blinder Group. In addition, Mike personally trained over 10,000 media sales teams to adapt to digital revenue concepts and solutions. Mike was best known for his SMB (small/ medium-sized business) marketing training sessions throughout those years. He brought his life-long learning and love of media together in entertaining and engaging classes to cities and towns worldwide. Over 100,000 business leaders have attended his sessions on using all forms of media more effectively to guarantee maximum results.

Mike has won numerous media awards, is past president and board member for several media/marketing associations and has been a sought-after speaker at conferences worldwide. He lives in Tampa Bay, Florida, with his wife and business partner, Robin and daughter, Haven. 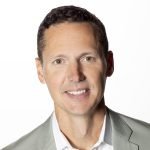 Eric Prock is Senior Director of Journalism Initiatives at Microsoft. Eric oversees a new initiative for Microsoft focused on helping to strengthen local news ecosystems, restore trust and confidence in news and provide cyber and legal security for journalists.

A free, well-funded press is more critical than ever to our communities, democracy and civil society. However, journalism and the news business continue to face a growing list of threats and an accelerating crisis. Maintaining people’s trust, sustaining traditional business models and protecting journalists remains challenging. Microsoft is committed to working together with journalists, publishers, academics and researchers, industry organizations and the next generation of reporters and news readers to explore new hybrid models, restore trust, protect journalists and transform the business of news.

Since joining Microsoft in 2007, Eric has held a range of roles in marketing, engineering, business development, strategy and analytics across Microsoft News, Bing Search and Edge. Prior to Microsoft Eric worked at RealNetworks, a pioneer in Internet streaming media software and services, and global ad agency McCann. In addition to his work for Microsoft, Eric serves on the board of the Central Valley Journalism Collaborative, a new nonprofit superstructure dedicated to keeping public service journalism thriving in California’s Central Valley. 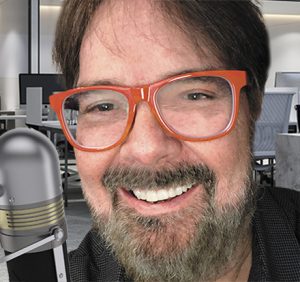 Kevin Slimp is a household name in the newspaper world. Since developing the PDF remote printing method in the mid 90s, Kevin has worked personally with thousands of newspapers in the U.S. and abroad.

From 1997-2018, Kevin directed The University of Tennessee Newspaper Institute. These days, Kevin divides most of his time between his media consulting work and his two businesses: NewspaperAcademy.com and Market Square Publishing. His syndicated columns for journalists can be found in dozens of industry-related publications in North America, Europe, Asia and Australia.

Kevin is the author of several books, including a couple best-sellers, and makes his home in Knoxville, Tennessee.